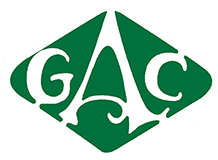 The Garden Club of Aiken

The Garden Club of Aiken

Ninety-four years ago, a small group of women met at “Rose Hill,” the home of Mrs. Sheffield Phelps, to organize the Garden Club of Aiken. At that first meeting in March of 1924, the Club’s course for a future of community support and civic beautification was set By May of that year, the Club membership had grown to twenty members. Monthly meetings have been held for the entire history of the Garden Club of Aiken.

In its its first year, the Club organized a rose show in which admission was charged. The proceeds were used for the purchase of a ”lantern,” or slide projector, that would be available for the use of the County Home Demonstration Agent Since 1924, the Garden Club of Aiken has organized an annual flower show in keeping with Club tradition. Through the generosity of the members, many items for the use and education of the local community and state have been donated by the women of the Garden Club of Aiken. The Club has donated rare horticultural book collections to the Caroliniana Library at the University of South Carolina, the South Carolina Library Society, and the Aiken County Public Library. They funded a slide collection for the Garden Club of South Carolina and made available a motion picture projector, for “responsible parties” in the community to use. Today the Club’s fundraisers support scholarships for students and community horticultural projects.

Members of the Garden Club of Aiken have always been active as Aiken’s civic leaders. Since its inception, the Club has campaigned against eyesores like unattractive signs, destruction of Aiken’s parkways, littering, and destruction of holly trees at Christmas. The Club has campaigned against development projects that destroy the natural beauty of Aiken and the state. As early as 1936, the women in the Garden Club of Aiken were contacting elected officials about the protection of green and natural spaces. As recently as 2015, Club members rallied the community in conservation efforts for the protection of an ancient Champion Tree, named ”Maid Marion.” This initiative has led to the development of a survey of Aiken’s diverse and impressive trees. A passion for the protection of Aiken carries through the numerous civic councils and committees in which Club members serve and through their involvement with Aiken City and County Councils.

The Garden Club of Aiken has long been a champion for Aiken’s parks and public spaces. Through active grant writing and funds development, the Garden Club of Aiken has found ways to beautify numerous public spaces in Aiken. The garden beds surrounding the Aiken County Public Library, which the club first planted in the late 1990s and have maintained, recently received state and national recognition for beautification of a historic building. The garden created at the Aiken Historical Museum to honor the Garden Club of Aiken’s founder received an award from the Historic Aiken Foundation, as well as state and national recognition. Parkways and parks alike are cared for and beautified through the Club’s work.

The Garden Club of Aiken is a legacy club, blessed with a distinguished heritage. Members are stewards of cherished traditions that are held in trust for future gardeners. The Club is dedicated to promoting the love of gardening, increasing the knowledge of horticulture, community service, and beautification, and to the protection and preservation of natural resources. Ever mindful of traditions of the past, members of the Garden Club of Aiken plan present-day gardens with hope for a beautiful and flower-filled future.